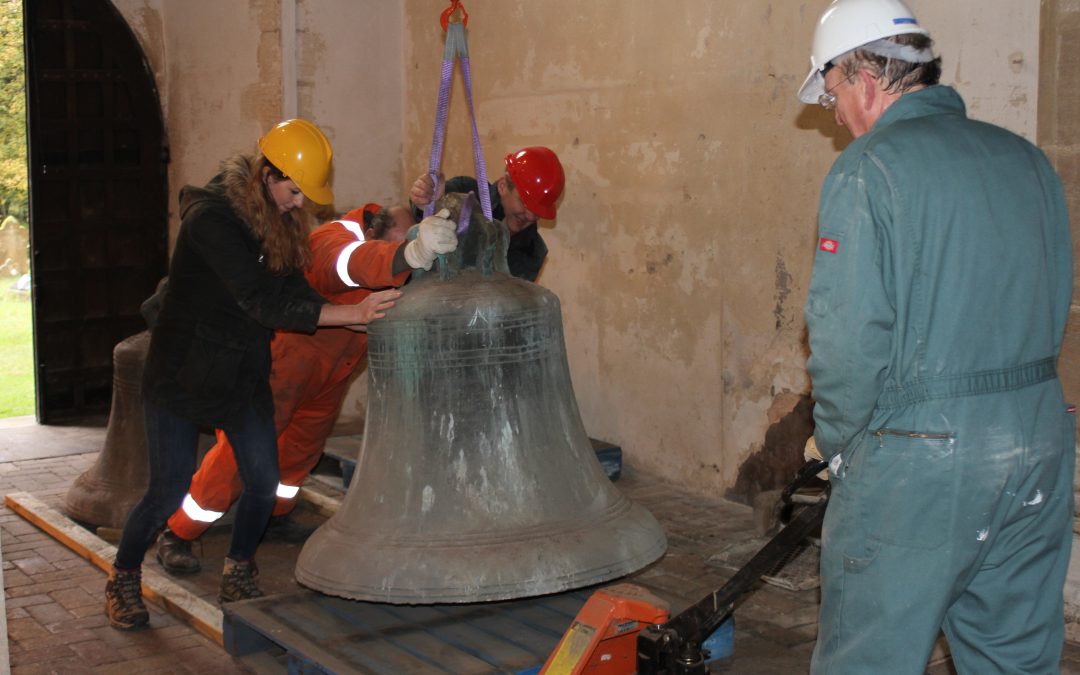 Hitcham villagers mounted a 24-hour security watch to keep their church bells safe from thieves after they were lowered to the ground ready to be restored.

‘We have spent the last three weeks preparing for this weekend,’ explained Nicola Currie, Project Co-ordinator. ‘First volunteers from the village cleared 2 tonnes of detritus from the belfry floor so the trap in the floor could be opened. The Suffolk Guild of Ringers provided an experienced team to detach the bells from their fittings and then lower them the 46 feet to the bottom of the tower. We are extremely grateful to the Guild for their help, which has saved the project over £6,000.’

‘We knew that the headstock (the thick piece of wood from which a bell hangs) on one of the bells was becoming unsound, so had already chocked up the bell. Sure enough, once it was lowered, and the metal straps were removed, the headstock came to pieces in our hands. It turned out that the headstock holding up the Tenor bell, the heaviest at 18 cwt, was also starting to crack – so it’s a very good thing the project has the go ahead. Modern metal headstocks will now be fitted.’

The village staged a 24 hour security watch in the church while the bells were on the ground until they left for the safety of John Taylors Bell Foundry in Loughborough, where they will be restored.

Over 200 people crowded into All Saints church Hitcham last Saturday to see the bells on the ground and read their inscriptions. There was a display on the bells and their history made by William Hubbard as part of his work towards his Silver Duke of Edinburgh Award. The wooden bell frame dates from 1524, when records show that John Bowell, a Hitcham resident, gave 13s 4d in 1524 ‘to the making of the bell frame’.

There was a photo competition, and children made little bells at the craft table. Tea, cake and scones with cream were provided for everyone who came.

‘It was a wonderful afternoon which brought the whole village together,’ said the Rev Tiffer Robinson, Hitcham’s Rector. ‘The project will also build a room at the base of the church tower in which we plan to install an equal access WC and servery so the building can be used by the wider community. One of the large, grade one listed medieval building’s greatest assets is the sense of light and space, it’s what everyone comments on when they visit the church for the first time. The organ which used to block the west window has been moved as part of the work, letting even more light stream in.’

The bells have not been rung full circle for 100 years. They will be rehung in in a new bell frame with a new ringing floor, leaving the rare C16th bell frame preserved in situ. The £230K project called ‘Restoring Henslow’s Bells’ has been able to go ahead thanks to a National Lottery Heritage Grant of £100k. The Rev Professor John Stevens Henslow was Hitcham’s most famous rector: he was Charles Darwin’s mentor and tutor. He installed two of the bells in 1837 to mark Queen Victoria’s coronation. The six bells which date from 1697 had not been lowered since that date.

Now local builders Cubitt Theobald have moved in to begin to install the new ringing floor which is being positioned where once there was a musicians’ gallery. Before the church had an organ local musicians would play for services. 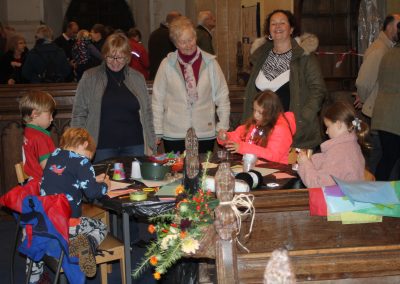 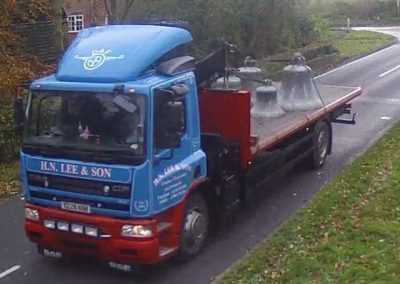 Declan Oxford by the Tenor bell