Hit and run in Hitcham 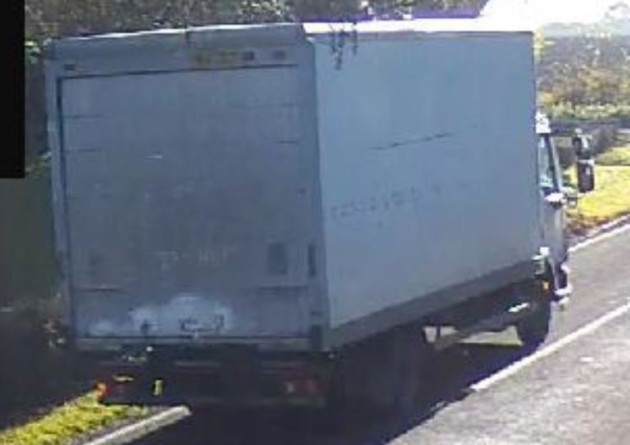 We were appalled to hear about the incident on Monday 29 November in which a cyclist – 72-year-old Hitcham resident Colin Taylor – was struck by a vehicle and left fatally injured. Seconds later other drivers saw what had happened and rushed to his assistance, but although he was given CPR and the air ambulance was called almost immediately Mr Taylor died at the scene.

Interviewed for BBC and ITV local news programmes, Parish Council Chair Allan Scott said he was ‘appalled but not surprised’ at what had happened. As a member of the village’s Community Speedwatch team he has often seen vehicles travelling at speeds up to 50 mph within the 30 mph limit. On the stretch where the incident occurred, near Luckey’s Corner, the limit is 60 mph – and this is the third fatality in that general area within the last five years.

Local residents have complained more than once that vehicles travelling between Finborough and Hitcham drive far too fast for safety – and local drivers will be well aware of the frequent need to brake or swerve to avoid large HGVs travelling at speed.

So how can you help?

First, police need to identify an HGV seen near the scene at about the time of the incident, pictured here. Note in particular the graffiti scrawled on the back of the vehicle. There may also be visible damage to the nearside front wing around the headlight area. 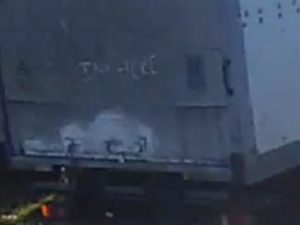 Secondly, we need your thoughts on a new speed limit between Hitcham and Finborough. This has been suggested – and rejected – before, but your voice could make a difference.

And thirdly we need your support for our Community Speedwatch to help keep Hitcham residents safe – and to minimise the risk of an incident like this one within the 30 mph limit. (For safety reasons the police do not allow the Speedwatch team to operate outside that limit.) If you are interested please contact us on news@hitchamsuffolk.org.uk

Plans for a Speed Indicator Device (SID) to be deployed within the limit are now well advanced, and a site survey will be conducted this afternoon. A fourth way you can help is by giving your permission for volunteers to park in or near your property for a few minutes once every few months to set up the sign in one of the chosen locations. This will ensure their safety – and help to keep you safe as well.